Automations, validations, and a new suite of tools brings Montana's Office of State Public Defender into 2022 and sets the stage for the future.

The Montana Office of the State Public Defender (OPD) is a statewide indigent defense representation agency. They are one of, if not the, widest and tallest public defense agencies in the country, representing clients in roughly 180 different courts, across more than a dozen different criminal and civil matter types, including all appeals from lower courts.  OPD is unique in that it is a unified agency that represents clients in all criminal matters, including juvenile youth court matters, as well as a variety of civil cases, such as abuse and neglect, mental health and substance abuse commitments, guardianships and conservatorships for individuals unable to care for themselves, and more.

They represent from the lowest courts, with citizen judges, all the way up to the Montana Supreme Court.

With HIKE2’s Advisory and Solutions Services, the Salesforce platform and AdvoLogix, Montana OPD has a strong, reliable foundation for better budget support and appropriations and prepares them for powerful future technology improvements.

When the Montana OPD was formed as a statewide agency, it absorbed more than a dozen existing county level public defense offices, including their cases, clients, employees, leases, and of course, business processes.

"There were 14 different business processes combined in a single case database, and each office continued to use it in 14 different ways. It was a nightmare," said Brett Schandelson, Development and Operations Bureau Chief. "We had to use a lot of band-aids to make things work, which caused other issues, especially on data integrity."

OPD Operations is responsible for agency data management, operational and analytic reporting, contracting and vendors, controls and policies, SOPs, media relations, and public policy, including drafting and reporting  budget requests and legislative efforts — all with a very small staff.

Before OPD operations were formalized, subject matter experts handled projects or programs on an ad hoc basis and within existing job duties, often leading to long project times with limited to no success. Many necessary tasks fell through the cracks and the same data often had to be entered 3-4 times due to system constraints.

Montana OPD had two platforms: JustWare, a proprietary, typically on-premise case management platform and a Microsoft Dynamics 365 solution to handle cost and spend management — with a custom integration between the two. JustWare was custom code-based, so it wasn't possible to change or extend its functionality or easily integrate it with other tools.

When Montana OPD found out JustWare was being retired, they had only 15 months to navigate the public sector procurement process, select a vendor, negotiate a contract, and implement a new solution.

The state RFP process was in-depth and took approximately 9 months. This created significant time pressure. JustWare support was going away and processes were already broken.

Montana OPD chose AdvoLogix, which runs on the Salesforce platform, in November 2020 and started work with HIKE2 in late January with a June 30th deadline.

Brett's first big goal was to ensure that all the office’s necessary tasks were completed.

"We can't expect the attorneys or even managers to handle these responsibilities. They're focused on client work. So having a dedicated group of people from HIKE2 has been huge for us."

Documentation and consistency are extremely important to the agency.

The team started with closing business process gaps that caused their data to be unreliable. This fed directly to Brett's second goal: to bring some credibility and integrity into their data processes. OPD had accomplished some of this prior to AdvoLogix but the new tool helped them make even faster progress.

"We're light-years ahead of where we were. Advo has really helped us prepare for the next session by giving some credibility to what we’re saying about our agency. We now have reliable data for the legislature and the governor's office when it comes to budget requests."

Brett continues, "HIKE2 did a great job understanding our complex business rules. To account for every different business process, we had about 90 business rules covering about 400 rules of matter. With HIKE2’s help most of those rules were built into native Salesforce data validation, with the rest going to Flow or other automation tools.”

The agency's primary goals were: 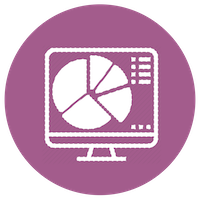 To increase the value provided by technology to our end users and to reduce the burden of data entry and administrative tasks. 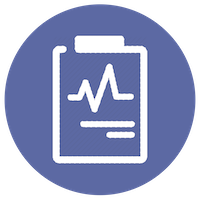 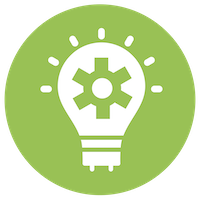 To support all the agency's goals with reliable, consistent data.

"We were severely under-resourced. But what we were able to accomplish with HIKE2 in spite of that was quite impressive."

On paper, HIKE2 + Salesforce  + AdvoLogix looked good — but when the OPD team saw the demo, they were blown away. "Once we saw what the solution was capable of, we said, 'Yes, we want that!'" Brett says.

No vendor had anything that touched JustWare out of the gate. Capabilities had to be custom built — and the team proposed a solution that absolutely nailed it. HIKE2 immediately dove in and did a full mapping of OPD's existing business processes. The OPD came from a system that had very little automation, mostly limited to data validation, and absolutely no workflows, approvals, or routing built in.

"Some of the business processes we inherited were built into AdvoLogix. And while replicating is fine, there are definitely better options. We were limited because of the time crunch, but it was a opportunity for both HIKE2 and AdvoLogix to identify the way these tools can be used in the public sector. We saw it as a win-win-win," Brett explains. 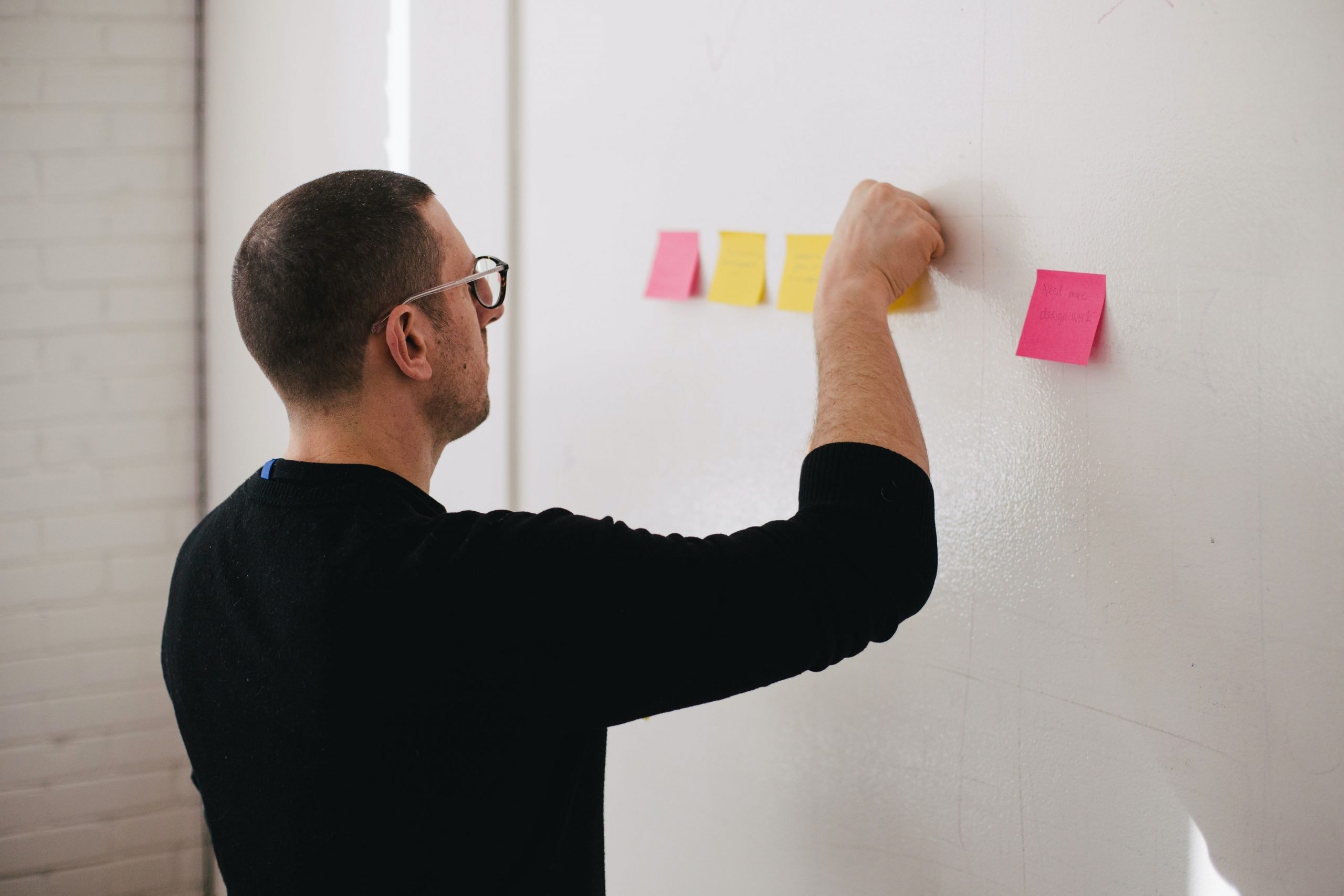 Many of OPD’s objectives on improving operations have been implemented, which Brett thinks is a huge win given the circumstances.

They have successfully transitioned to a post go-live / continual improvement process.  “It took us 9 months to fundamentally transform most of OPD’s technology and processes. This is a platform that our Operations team has embraced, learned, and is leading the way on support and enhancements and leveraging HIKE2 in strategic areas.”

OPD now has more accurate data controls in place, providing much greater confidence in OPD’s reporting. Certain areas, like attorney assignment metrics, have been historically very difficult to capture accurately with so many different business processes, but with Advo, OPD has been able to control both the data entry and business processes.

Cleaner data and assignment queues let OPD easily see which cases are unassigned and for how long. In the past, due to system limitations and existing business processes, it was impossible to know in the aggregate data which assignments were real and which were pending.

At the executive reporting level, AdvoLogix data validation tools are easier to use, quicker to implement, and problems are easier to fix than in their former legacy systems.

Managers and supervisors can now identify ad hoc exceptions and do single object reporting, which makes up more than half of their reporting. AdvoLogix also eliminated massive integration headaches through app exchange apps and partners (such as Formstack to SharePoint.)

Attorneys may come back from court with 30-50 different cases, each requiring time entries and notes. Now they can enter the date and the court, and the system will find every case and create a time row in draft status. So if an attorney was in court for 4 hours, the system divides that time equally among each entry. Users can then adjust as needed.

OPD loves the automatic text reminders for events. Client responses go directly to the matter and notify the staff and attorney. They also have ad hoc texting. If an attorney's standing outside court, they can open up the app on their phone and send reminders: "You have court in five minutes. Where are you?" When the client responds, they get a push notice and can see the status. Texting is huge and OPD is making the most of it.

As to the future?

Montana OPD's IT services have historically been desktop and network support. They plan to pivot that to full system administrator application support and agency platform management, including DevOps.

They also intend to use HIKE2’s Agile Project Management IP ”Tracker “ to provide governance on priorities, outcomes, resources and status to ensure efficient and effective progress on user experiences, process improvement, and technology architecture and solutions.

"We're also looking forward to working with HIKE2 for some strategic planning. We don't really have access to that elsewhere and we expect it to be game changing," Brett says. “While we can’t do much in the short term in terms of getting more resources, we can prepare for strategic planning, which will lead to better support and appropriations in the future.”

"We really believe in the need for greater and better technology in public defense. All public defense agencies are under-resourced, and the justice system specifically: it's courts, it's prosecutors, it's the police, but everybody has the same kinds of issues. And using technology like AdvoLogix to address some of those issues has to be the answer in 2022 and beyond."

TALK TO AN EXPERT
CONTACT US
Scroll to Top